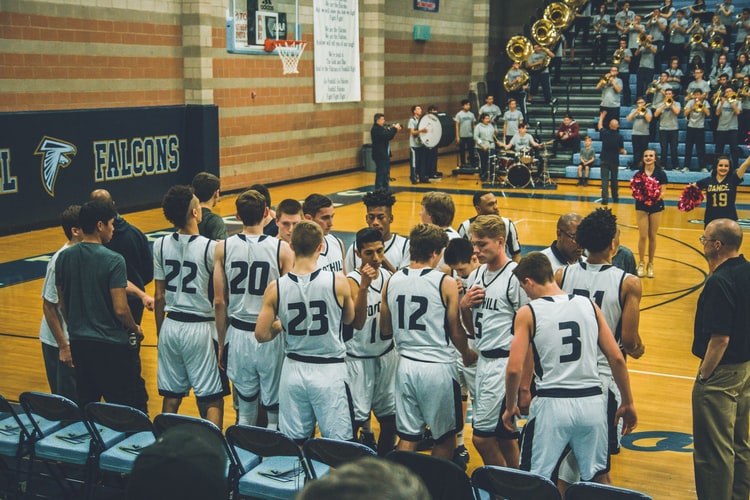 Here is an overview of everything NBA The teams for the 2021/22 season!! Who is your team of choice?

The NBA Finals are currently set, with two historic teams set to face off for a chance to win the Larry O'Brien Trophy and make history as NBA champions. But it's been a long road here, filled with incredible performances, stunning losses and endless drama. The 2021-22 NBA season has been crazy, and while we're nearing the conclusion, there's still plenty to discuss and look back on for another crazy year in the NBA.

The NBA is known for its big personalities, famous franchises, and the jaw-dropping athleticism and talent of its teams. It's a sport adored by fans around the world, and it's hugely popular with bettors and spectators alike. There are many NBA Betting Sites which caters to fans of the sport, and whether you like to bet on the games or just watch, 2021-22 has been a memorable year. Let's take a look back at the NBA season that unfolded and break down a year full of surprises.

Trending: Which is the best team in the NBA?

When the NBA season started, a few main storylines dominated the conversation. For starters, the teams that have been favored to win. At the start of the NBA season, two teams were tabs as favorites. The superstar rosters of the Brooklyn Nets, with James Harden, Kyrie Irving and Kevin Durant, and the Lakers, with LeBron James, Russel Westbrook and Anthony Davis, were to propel them to victory.

However, that was not the case. Both teams struggled against expectations. The Nets couldn't overcome Irving's extended absences, and Harden was traded to the Philadelphia 76ers. The team finished seventh in the Eastern Conference and lost in the first round. James has provided an incredible effort for the Lakers in his 19e season in the league, but the combination of Westbrook's abysmal play and Davis' injuries kept the team out of the playoffs.

Meanwhile, across the league, certain powers were emerging. The Phoenix Suns carried on the momentum of their previous NBA Finals and dominated the regular season. Chris Paul, Devin Booker and a deep roster spurred a league-best 64-win season. In the Eastern Conference, the Miami Heat were dragged down by teeming defense and Jimmy Butler's balanced play and managed to secure the top seed in the East.

The MVP of the season run was certainly memorable. Joël Embiid, the dominant Cameroonian pivot, had his best season as a pro. He led the NBA in scoring, played his usual physical defense and even showed improved play. He carried the 76ers all year while his running mate Ben Simmons was away. Giannis Antetokuonmpo was a force of nature for the Bucks. After a championship win, he was an effective superstar and played dominant defense for the Bucks, who had a strong regular season.

In the end it was Nikola Jokic who won the MVP award. Jokic has played all season without co-stars Jamal Murray and Michael Porter Jr., while keeping the Nuggets firmly in the mix. His combination of efficient scoring, excellent rebounding and masterful play led to his second consecutive award.

There were several other major stories from across the league. Ja Morant led the Memphis Grizzlies to a powerful regular season performance and won Most Improved Player in the process. Darius Garland and Evan Mobley brought the Cavaliers back to relevance. Scottie Barnes won Rookie of the Year and lifted the Raptors to the playoffs.

What team does Michael Jordan own?

The two teams facing each other in the final have had very different seasons. The Golden State Warriors announced their arrival quickly. The return of their core of Steph Curry, Draymond Green and Klay Thompson, gelled with new stars like Andrew Wiggins and Jordan Poole to boost a high-powered regular season and playoffs. This team is back to where it was many times before the NBA Finals.

On the other end of the spectrum, the Boston Celtics got off to a rocky start. The team was in play-in territory as recently as January, and new head coach Ime Udoka looked overwhelmed. However, the coach's steady hand and a balanced roster including Jayson Tatum, Jaylen Brown, Robert Williams and Marcus Smart eventually righted the ship. The team was the best in the NBA throughout 2022 and returned to the playoffs. They are a young and dynamic team that could challenge supremacy for years.

With only the NBA Finals remaining on the schedule, it's almost time to say goodbye to the 2021-22 NBA season. It's been a year filled with great performances from players like Ja Morant, Steph Curry, Joel Embiid, and more. Future games will determine a champion, but regardless, it's been an incredible year for the National Basketball Association.